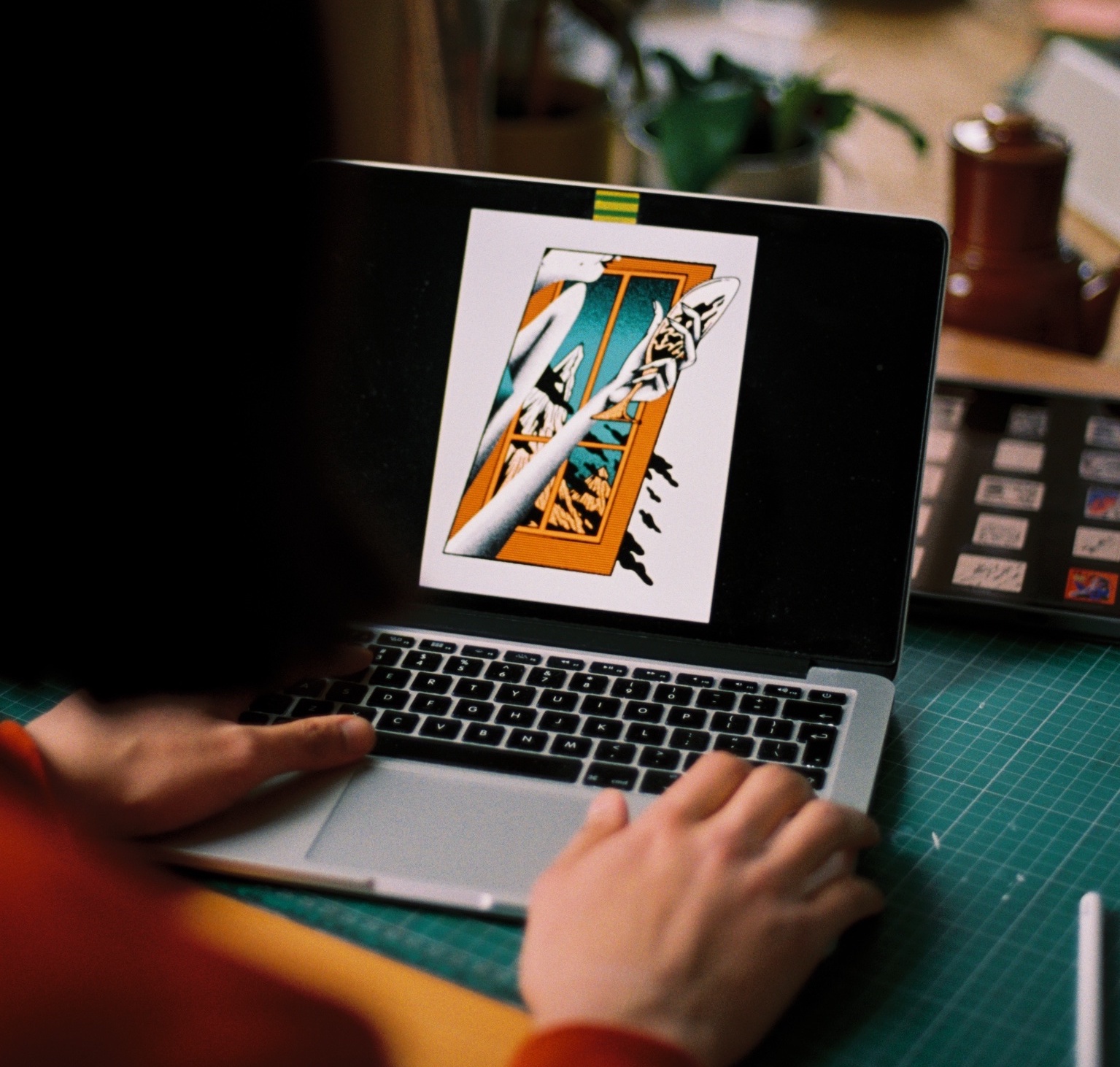 During an interview about his work and creative process, following our collaboration for the AW20 ‘Magic Mountain’ collection [link], we asked Andrew Tseng about his relationship with music, and how it plays a role in his creative process. While music is a very expressive art form on its own, we find it interesting to discover how external influences, such as sound, can have a direct effect on the creation process of artists who express themselves via their preferred medium. Aside from the practical implications that music can have on creativity, the type of music which a person listens to can also tell us quite a bit about them.

Adrew’s appreciation for music led to him joining a rock ‘n’ roll band in high school, in which he played guitar. His direct involvement in the music scene exposed him to a variety of local, underground gigs for which he started illustrating concert posters. Using these projects as a stepping stone, he went on to design posters for more established venues and organisations such as Paradiso, Ekko, and most recently for ADE Live, which was held and put on by Melkweg and Paradiso during the Amsterdam Dance Event.

“Showing movement is very important in my work. Since music is innately tied to movement it can help me visualise a composition.”

We have all heard of artists exposing themselves to external stimuli in order to find inspiration for their work. For Andrew, music is one of these stimuli, though interestingly enough he seems to use it as more of a practical tool for creating art, as he is not so much focused on the lyrical content of music, but rather the feeling it conveys. Finding such a feeling, or vibe, and matching it with the idea he has for a particular project, helps him to visualise the composition of his work. The most obvious example would be listening to Metal, a genre which is predominantly quite fast and aggressive, while illustrating an idea linked to violence or anger. So, after getting a better understanding of the significance of music in Andrew’s creative process, we had to ask him to name his favourite 3 albums of all time.

Released in June 1987, Sister is the fourth studio album by American alternative rock band Sonic Youth. The album marked another step away from the no wave genre, and toward more traditional song structures, while still maintaining their aggressively experimental approach.

Released in June 2000, Rated R (also known on vinyl as Rated X) is the second studio album by American rock band Queens of the Stone Age. The album was a critical and commercial success, becoming the band's breakthrough into wide acclaimed success. Rated R peaked at number 54 in the UK and was eventually certified gold by the British Phonographic Industries.

What are your favourite albums?