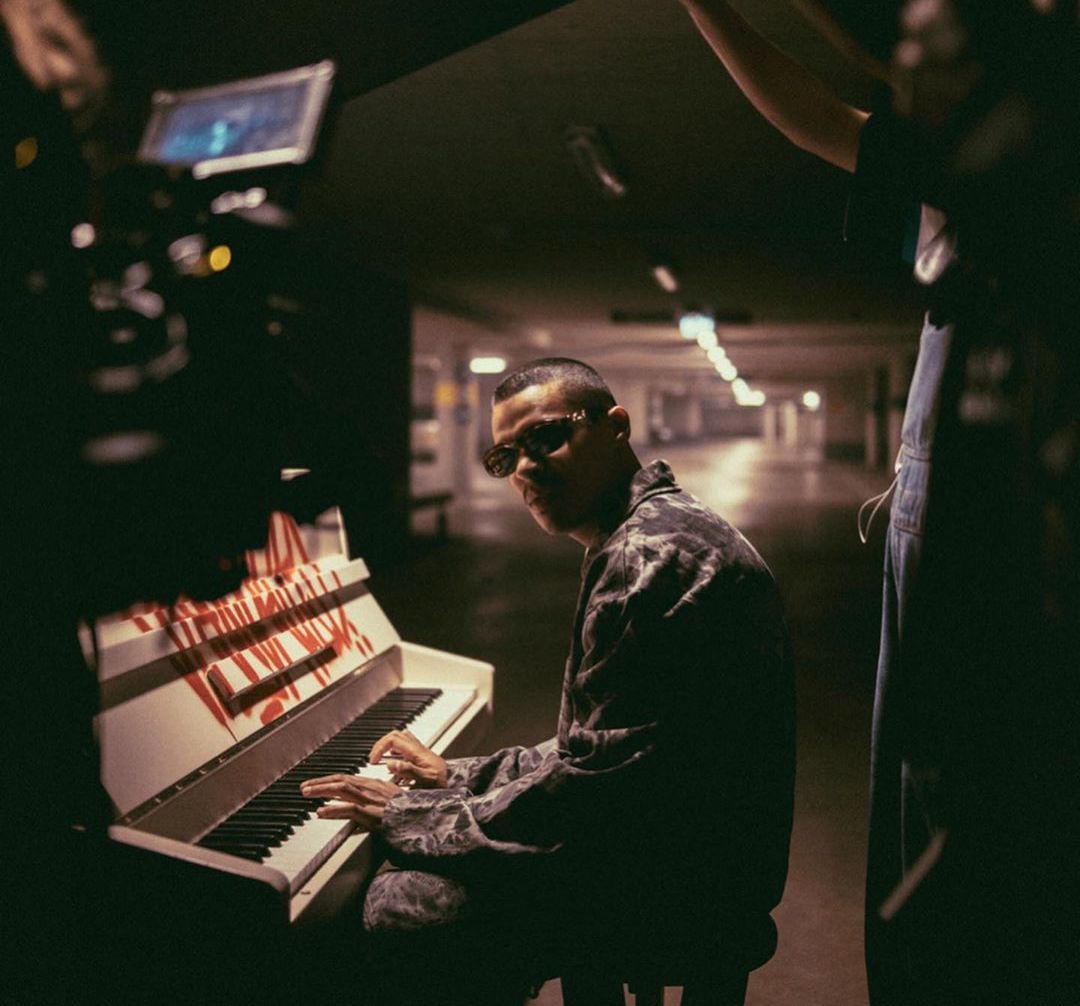 Prior to collaborating with him for our SS20 collection, we have followed Sebastian Boon’s career as a photographer for some time. We got to know him over the course of our collaboration process, during which we saw what drives and inspires him. While he told us about his three favourite photographers who inspire his work on a technical level, we couldn’t help but wonder the role that music plays in his life, given the fact that he spent a large chunk of his career photographing some of the best artists the world has to offer right now.

As you scroll through his instagram feed, you would think that his playlists are predominantly occupied by Hip Hop artists. When we asked him about it during our recent interview, he chuckled, and told us that he appreciates Hip Hop and the music of the artists he photographs, but actually listens to a large variety of genres. We asked him to elaborate, and share with us (and you) who his 3 favourite musicians are at the moment:

The North-London artist has been making waves in the music scene as of late, especially following the release of her 2019 EP titled ‘Ama, who?’. While she was classically trained as a singer, her sound is largely influenced by Soul and R&B. Even at age 19, Ama impresses with her expressive lyricism, avant garde aesthetic, and creative genius when it comes to her music visuals.

Recently a friend told me to listen to her, and I was sold right away. The texture of her voice is really nice in combination with fusion hiphop/bro soul beats. Really refreshing new sound.

Black Pumas is a psychedelic soul band hailing from Austin, Texas. The band is led by vocalist Eric Burton, alongside guitarist and producer Adrian Quesada. Founded in 2017, it only took 3 years for them to receive a nomination for Best New Artist at the 62nd Grammy Awards in 2020.

Black Pumas get me in a really nostalgic, good vibe every time I listen to them. Their sound is really authentic and real.

Devonté Hynes, also known as Blood Orange and formerly Lightspeed Champion, is an English singer, songwriter, record producer and director. His album, Freetown Sound, was released to critical acclaim in 2016, and saw Hynes defined as one of the foremost musical voices of his time, receiving comparisons to the likes of Kendrick Lamar and D’Angelo for his own searing and soothing personal document of life as a black man in America.

Blood orange just always surprises me with his music. I never know what to expect or what kind of crazy ideas he comes up with as an artist. Love it.